Trust Andrew Prince to Fight for You after a Motorcycle Crash

Helping Riders in and around Union County, NJ

There is nothing like the feeling of the open road on a motorcycle. There are few situations that can cause more serious injuries on the roadways of Union County, New Jersey than when a motorcycle is involved in an accident. Victims of motorcycle crashes may face long-lasting or permanent disabilities that will prevent them from working and earning a living.

As a leading NJ motorcycle accident lawyer for decades, Mr. Prince helps victims of motorcycle crashes get compensated for their pain and suffering, medical bills and lost wages.

In the State of New Jersey, it’s difficult enough to understand the auto insurance laws. Fault vs. no fault? Ability to sue vs. limited ability? The laws governing motorcycle drivers are even more confusing and can be extremely difficult to understand. This is especially true when you need the insurance coverage most — after an accident.

Andrew Prince, Esq. understands the laws regarding motorcycle insurance in New Jersey. He will be able to guide you through obtaining the proper insurance benefits you are entitled to and will explain all aspects of your insurance policy so you are able to take advantage of all coverage you have purchased.

If You’ve Been Injured in a Motorcycle Crash, Call Andrew Prince

If you’ve been hurt while you were riding your motorcycle on the NJ Turnpike (I-95), the Garden State Parkway, Interstate 78 or 278, US Route 1, 9 or 22, you need a lawyer who has a track record of success in winning cases on behalf of injured motorcyclists. Andrew Prince is a recognized speaker on motorcycle injury law and his clients recommend him over and over again.

Andrew Prince, Esq. understands how motorcycle accidents happen. This knowledge enables him to prepare effective and winning legal arguments in negotiations and trials.

If you or a loved one has been injured or paid the ultimate price, loss of life, in a motorcycle accident in Union County, NJ, you deserve an experienced and skilled motorcycle injury attorney on your side. Contact Andrew Prince for a free consultation at 1-800-TEAM-LAW. When necessary, he will come to you; Mr. Prince meets with accident victims at their homes or in a healthcare facility.

Serving the following cities and towns:

By:  Andrew S. Prince, Esq.Attorney1-(800)-TEAM-LAW (832-6529)aprinceesq@aol.com  Motorcyclists picked up riding for different reasons.  Here are the most popular ones: 1. Passion Anything that gets your blood racing is probably worth doing.  For many bikers riding a motorcycle is not a hobby, it is a passion.  All youwe want in life is to travel on a… END_OF_DOCUMENT_TOKEN_TO_BE_REPLACED

If you are a motorcycle rider, winter can be a tough time. A lot of people put their bikes in storage because they do not like riding in the cold weather, but some of you ride year-round, no matter what the weather is like. Riding your motorcycle in the wintertime is very challenging and can be… END_OF_DOCUMENT_TOKEN_TO_BE_REPLACED

A rainy day can present challenging conditions for a motorcyclist. While avoiding riding during a rainstorm is best, doing so may not always be an option. For that reason, we have compiled a list of rainy-day driving tips from a motorcycle accident lawyer. Invest in Quality Rain Gear Waterproof gear can keep you from absorbing… END_OF_DOCUMENT_TOKEN_TO_BE_REPLACED 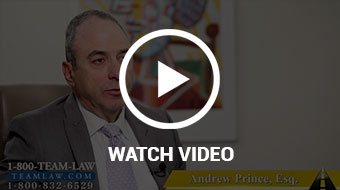 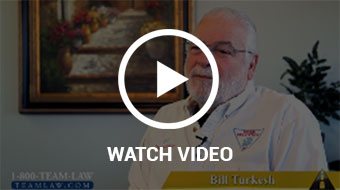