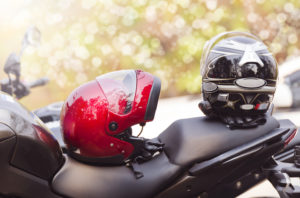 In late October of this year, New Jersey police finally caught a man dubbed the “dirty-diaper dumper” for dropping bags of soiled diapers on roadways of a South Jersey community. The perpetrator was in the act when police arrested him. After nearly 10 months of placing bags of dirty diapers in the streets of South Jersey, William Z. Friedman, 68, of Newfield, was arrested on October 21, 2018 by Franklin Township Police Officer Garrett Moretti after Officer Moretti observed him dumping dirty diapers from a box truck on State Routes 47 and 40. After he was apprehended, he admitted to engaging in this activity in the area for almost a year and said that he engaged in the activity as a joke.

Battery As A Potential Cause of Action Against Mr. Friedman

If the injured motorcyclist wants to pursue a lawsuit against Mr. Friedman for the reported minor bodily injuries he sustained as well as for the property damage to his motorcycle, one cause of action the motorcyclist could bring against him is called “battery.” Battery is an intentional tort whereby the person initiating the lawsuit alleges that another person intentionally touched them or an object attached to his or her person in an offensive manner and this touching resulted in injury. While most battery cases are brought when the liable person personally touches the injured party in an offensive manner, an injured party can successfully bring a battery action if they can prove that the liable party intentionally used an object to effectuate an offensive touching of the injured party. In the case of the motorcyclist and Mr. Friedman, the motorcyclist can most likely bring a successful battery action against Mr. Friedman if he can prove that Mr. Friedman intentionally placed the bag of dirty diapers in the road, that coming into contact with the bag of dirty diapers constitutes as an offensive touching, and that injuries and property damage resulted.

Negligence As A Cause of Action Against Mr. Friedman

In addition to bringing a battery action against Mr. Friedman, the motorcyclist can also bring a claim of negligence against him in the event that the motorcyclist cannot prove one of the elements of the intentional tort of battery. To prevail in a negligence claim, an injured party need only prove four elements: (1) the the potentially liable party owed him or her a duty of care; (2) that potentially liable party breached this duty of care by acting in a certain manner; (3) that the breach caused injury complained-of; and (4) actual damage resulted to the injured party.

Whether the motorcyclist decides to file one or both of the above-described causes of action, chances are that, based on the facts presented to the public, the motorcyclists will be able to receive monetary compensation for the property damage and injuries he sustained because of the dirty-diaper dumper’s actions.

Motorcycle accidents can be extremely devastating especially when they happen unexpectedly. If you’ve been injured due to another person’s negligence, then it may be possible to collect compensation from the at-fault party. This compensation can reimburse you for lost time from work, medical bills and other losses. To reach out to Attorney Andrew Prince, visit his online contact form.  We are conveniently located at 136 Central Avenue Clark, New Jersey 07066 and  5603 Bergenline Ave  West New York, NJ 07093. We help injured motorcyclists in multiple areas across the state, including but not limited to Perth Amboy, New Brunswick, Summit, Highland Park, Edison, Newark, Orange and Jersey City, NJ.

The articles on this blog are for informative purposes only and are no substitute for legal advice or an attorney-client relationship. If you are seeking legal advice, please contact our law firm directly.