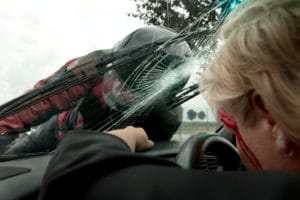 A New Jersey woman was charged with death-by-auto in a Vineland crash that killed a motorcyclist. The woman was arrested after testing confirmed that she had narcotics or alcohol in her bloodstream at the time the crash occurred.

She was turning left when she collided with a man driving a motorcycle. He was transported to a local medical center and died of his injuries there.

The woman also faces a violation of laws that protect public health and safety. She was taken into custody before a court date.

Under NJ Rev Stat § 2C:11-5 (2013), a vehicular homicide that occurs while driving intoxicated (DWI) is a unique and separate form of homicide. Considered a form of “reckless homicide,” death-by-auto is a second-degree crime. The individual operating a vehicle has a blood alcohol content (BAC) level over the 0.08 percent legal limit.

Although riding a bicycle wouldn’t apply to this law, operating a motorcycle would.

To be charged with § 2C:11-5, the prosecutor must prove that the person was driving recklessly. The law considers two ways to prove this:

– The driver was sleep-deprived.

– The driver was impaired after using drugs or alcohol. A blood or urine test will confirm the presence of these substances in the driver’s bloodstream.

Although intoxication may be a defense to other forms of murder in New Jersey, it isn’t a defense to death-by-auto. This is a second-degree crime. If convicted, the offender faces a five to 10-year prison sentence. Minimum terms for the crime may apply – the greater of either three years or 1/3 to ½ of that amount. However, a drunk driver convicted of death-by-auto could spend five years behind bars without eligibility for parole.

Penalties for § 2C:11-5 increase if the accident occurred within a school zone, on property used by a school, or at a school crossing. It doesn’t matter if the school was closed or if the crossing was clear. Neither is it a defense if the defendant argues he or she didn’t know that the area was a school zone. If convicted of death-by-auto (when related to a school), the violation is a first-degree crime. The defendant faces a 10 to 20-year prison sentence.

Along with imprisonment, an individual convicted of § 2C:11-5 faces additional sanctions in New Jersey. After completion of the prison sentence, the offender cannot operate a motor vehicle for a minimum five-year period. His or her license suspension may be permanent. A driver convicted of death-by-auto must surrender his or her vehicle unless it’s possible to prove significant hardship. A hardship must be significantly greater than the risk of allowing the convicted driver to operate a vehicle.

Death-by-auto is a horrific experience for all concerned. Clear guidelines exist concerning sentencing, but an experienced defense attorney will consider the defenses against the allegation of drunk driving. The defense attorney examines all sobriety tests to learn whether the lab failed to perform its proper function. Arresting police may have formed the wrong conclusions about the driver’s sobriety state.

Along with vehicular homicide charges, a person convicted of death-by-auto may face civil wrongful death claims by the deceased’s survivors.

If you have been charged with a DWI/DUI crime or if you were injured in a motorcycle accident, contact Andrew S. Prince to schedule an initial case review at phone number 732-388-5454, toll-free at 800-832-6529, or by filling out our convenient online contact form.